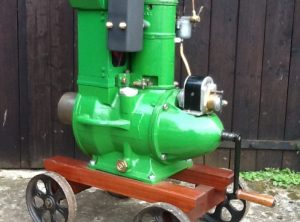 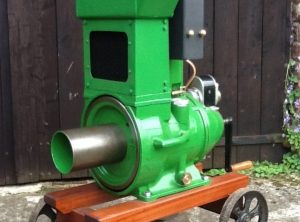 A French made engine, originally imported to the UK by the British Amanco company.

Recently restored, including a new radiator core.The correct, rare French made ” Lavalette ” Bosch magneto is still fitted. Mounted on substantial trolley with cast iron wheels and suitable for use / exhibition with a stationary engine. 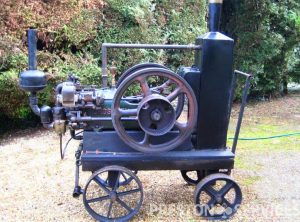 A 4 H.P. stationary engine by Crossley brothers, Manchester, built 1926. Twin flywheels and mounted on a portable trolley with 4 cast iron wheels. For sale in good condition. 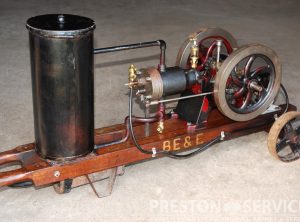 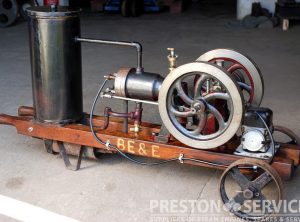 A water cooled example of an open crank I.C. engine, made c1904 by the British Engineering and Electrical Company of Leek, Staffs. 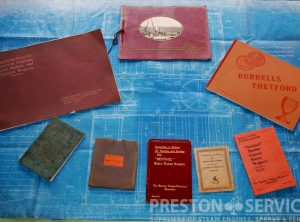 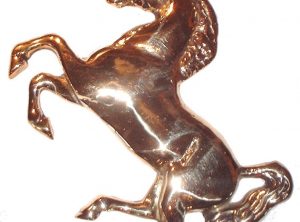 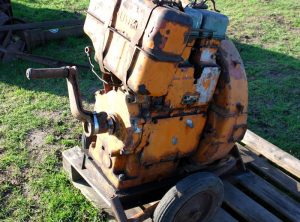 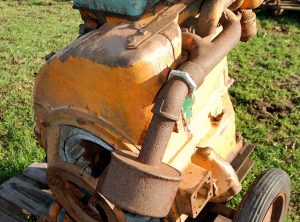 In good condition and believed never use for work. 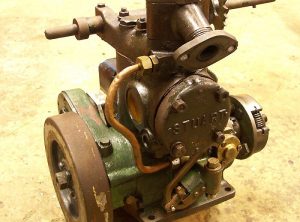 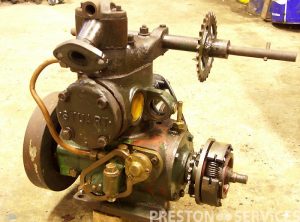 In complete, but unrestored condition. 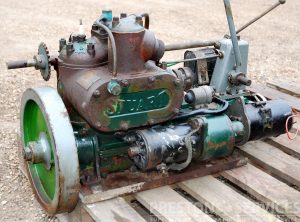 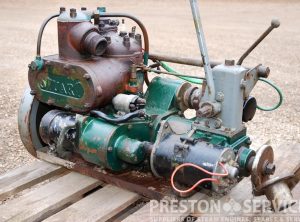