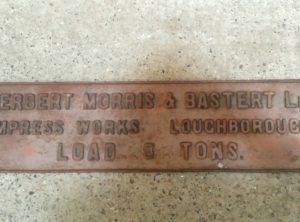 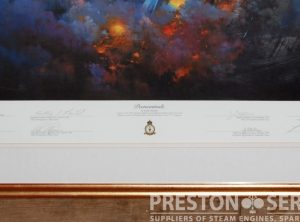 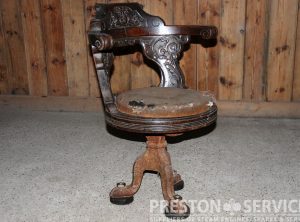 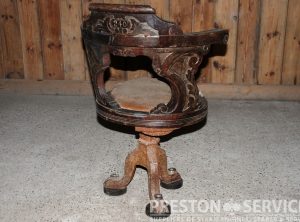 This swivel chair is No.240 from a dining room of the White Star ocean liner RMS Olympic, sister ship to the RMS Titanic. In carved mahogany, swivelling on cast iron legs. With fabric seat cushion. A rare collectors item. 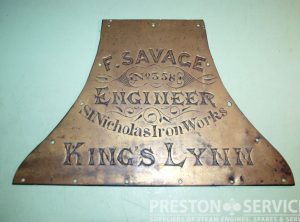 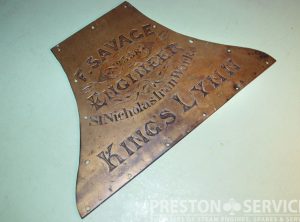 An original Savage brass makers plate from steam centre engine No.358 with the words: 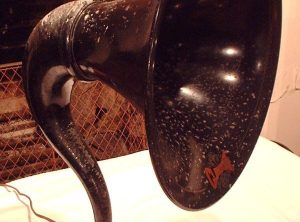 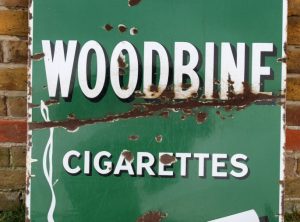 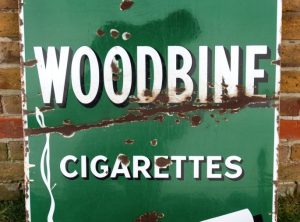 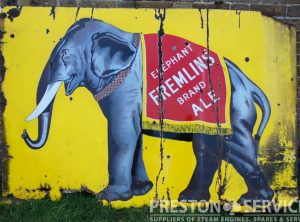 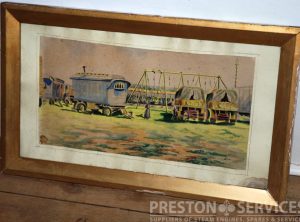